Ald. Brett Frazier will be hosting a listening session on March 4, 2013 at 6 p.m. at the Shaw Municipal Center, 430 E. High Street, to hear from citizens regarding the possible relocation of City Hall and expansion of the Milton Public Library that has been recently proposed.

Ald. Frazier would like to invite all interested citizens to this event to express thoughts and to ask questions about the possible relocation of City Hall and expansion of the Library that will be debated by the City Council in the coming weeks.

The subjects of long term needs and affordability will be at the center of this discussion. Input garnered from this meeting will be relayed to the City Council as that body seeks to prioritize City funds and capital improvements over the next several years.

A public presentation from Milton Public Library Board President Bill Wilson and Director Lisa Brooks will describe what citizens could see and expect from an expanded library in terms of utilization of expanded service areas and programming options that would be available with the additional needed space. That presentation will also be presented to the Milton City Council at their regularly scheduled meeting on March 5, 2013. The specifics of the listening session are found below:

If you have questions about the listening session or are unable to attend but would like your input on the project taken into consideration at the session please contact Ald. Brett Frazier via e-mail at BFrazier@ci.milton.wi.us.
Posted by Inga Cushman - Assistant to the City Administrator at 2:31 PM 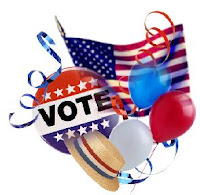 The Primary Election will be held on Tuesday, February 19th in the lower level breakroom of the Shaw Municipal Center, 430 E. High Street.
Polls are open for voting from 7:00 a.m. to 8:00 p.m. The ballot consists of a primary for Justice of the Supreme Court.
Posted by Inga Cushman - Assistant to the City Administrator at 9:05 AM

The water main break in the area of E. High Street and Rainbow Drive is scheduled to be repaired by the Public Works Department on Saturday, February 16, 2013.
The Public Works Department is scheduled to begin work at approximately 7:30 a.m. tomorrow, February 16th. Once they reach the broken main, they will have to shut off water service. They anticipate interrupted water service between the hours of 9:00 a.m. to approximately 1:00 p.m. Please be aware, traffic will be detoured around the area of repair. We are sorry for any inconvenience this may cause you.
You may contact City Hall today, February 15th, with questions by calling 868-6900 ext. 5 until 4:00 p.m. or you may contact the Rock County Non-Emergency by calling 757-2244. For questions or concerns regarding the water main break and service interruptions, you may reach the Public Works Department on-call Staff by calling 289-4086.
Posted by Inga Cushman - Assistant to the City Administrator at 10:35 AM

There is a water main break in the area of E. High Street and Rainbow Drive. The Public Works Department is aware of the water main break and will be conducting repairs on Friday, February 15th.
Tomorrow morning, once City Staff has a clear timeline of potential water service interruption, we will update our various communication outlets (website, Facebook, etc.). Please be cautious of traffic delays and potential ice in the area due to the colder temperatures expected for tonight and tomorrow morning. We are sorry for any inconvenience this may cause you.
If you have questions, you may contact City Hall at 8:00 a.m. on Friday by calling 868-6900 ext. 5 or you may contact the Rock County Non-Emergency tonight by calling 757-2244.
Posted by Inga Cushman - Assistant to the City Administrator at 4:47 PM 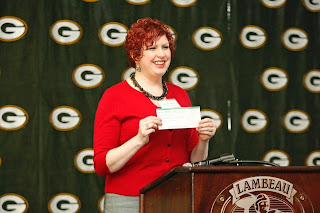 The Milton Courier has a story in this week's paper about the Milton Area Youth Center's $2,500 grant from the Green Bay Packers Foundation.  The grant will be used to purchase sports equipment for the youth center.  Follow the link below to read the story online!

Milton Courier article: MAYC backed by the Pack
Posted by Inga Cushman - Assistant to the City Administrator at 8:27 AM 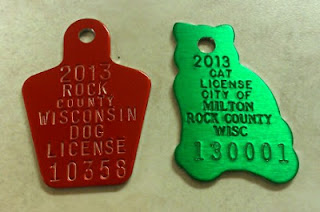 Residents of the City of Milton are reminded that Dog and Cat licenses are due on or before April 1, 2013. Pet owners are urged to license their animal as soon as possible.