At approximately 7 a.m., the Milton Police Department and Fire Department were dispatched to the Milton Travel Center on Arthur Drive for an injured male. A customer found the Mobil convenience store clerk bleeding from the head in the bathroom. When emergency personnel arrived, they found the store clerk with a laceration to his head. The clerk was conscious, but confused and disoriented from the injury. He stated that he could not remember what had occurred or how he was injured. He was transported by ambulance to the hospital where he was treated and held overnight for observation.

A review of the security camera footage revealed the following:

At approximately 6:05 a.m., an unknown male suspect pulls up to the gas pumps and begins fueling his vehicle. At 6:12 a.m., the suspect finishes fueling, enters the Mobil convenience store and walks out of camera view toward the bathroom area. The bathroom area of the store is not covered by security cameras. At 6:17 a.m., the clerk, who was behind the counter, also walks toward the bathroom area. At 6:18 a.m., the suspect walks back into camera range and goes behind the sales counter. The suspect begins filling a plastic grocery bag with various brands of cigarettes. The suspect also attempts to open the cash register, but is not able to gain entry. The suspect leaves the counter area and walks toward the refrigerated coolers. At 6:20 a.m., the male leaves the store, enters his vehicle and leaves the parking lot.

As the employee was off camera when injured, the precise mechanism of injury remains under investigation.

The male suspect is described as a white male wearing a dark colored hooded sweatshirt, blue jeans and light colored shoes. The vehicle he was driving is an early 2000s maroon Pontiac Grand Prix with no front license plate.

All media inquiries should be made to Scott Marquardt, Chief of Police, Milton Police Department. 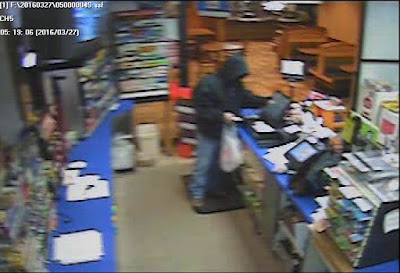 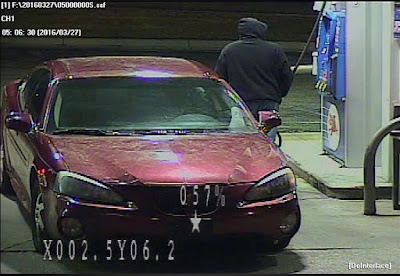 Posted by Inga Cushman - Assistant to the City Administrator at 3:06 PM 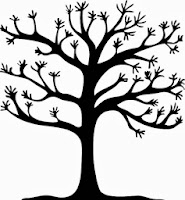 Following the Common Council’s unanimous vote last week to accept Gilbank Construction’s bid for the library’s renovation, work is scheduled to begin mid-April on the first and second floor.

To maximize efficiency and lower project costs, construction will be done on both floors at the same time. To accomplish this, the library will move out of the first floor to its temporary location in the building’s lower level.

The library will be closed from Friday, March 25 through Sunday, April 3 to facilitate the short timeline to vacate the first floor, and the library will reopen on Monday, April 4. The UW-Shakespeare program will still be held on April 2 at 1:00 at the School District offices at 448 E High Street.

The temporary library will offer many of the current services, including public computers, a selection of the most popular titles of books and DVDs, proctoring, and computer classes. The library will continue to hold childrens, teens, and adult programs at a near-by location.

The expanded two-story library will be completed by the end of the year and will include features for the entire community. A children’s museum-quality exploration center, a makerspace for all ages to create and explore science, math, arts, and technology concepts, a hi-tech conference room for local organizations and businesses, and much more.
Posted by Inga Cushman - Assistant to the City Administrator at 7:55 AM

Dog and cat owners must present a current rabies certificate when they purchase the licenses. Licenses purchased after April 1, 2016 will be assessed a $10.00 late fee per animal.

City Hall is open 8 a.m. to 4:30 p.m. Monday - Thursday and 8 a.m. to 4 p.m. on Fridays. Residents can also mail a copy of the rabies vaccination information and the required fee to City Hall, 710 S. Janesville Street, and staff will mail a receipt and the license.  The rabies vaccination information and the fee can also be placed in the payment drop box located outside of City Hall.

(MADISON) –   To give families a chance to test their emergency plans, a statewide tornado drill will be held during the evening of April 14, 2016. The drill is part of the annual spring severe weather campaign to encourage people in Wisconsin to get ready for possible tornadoes and severe weather.

According to the NWS, Wisconsin averages 23 tornadoes annually. Last year, there were 17 tornado touchdowns in the state. All of the tornadoes were either an EF0 or EF1. On August 19, 2015, two tornadoes touched down near Lake Geneva and Big Bend causing damage to area business. No one was injured.

The statewide tornado drill is a great opportunity for schools, businesses and families to test their emergency plans about what to do and where to go when severe weather strikes. The tornado drill will take place even if the sky is cloudy, dark and or rainy. If actual severe storms are expected in the state on Thursday, April 14, the tornado drills will be postponed until Friday, April 15 with the same times. If severe storms are possible Friday the drills will be cancelled.

You are invited to attend a public open house to review and comment on the 2015-2050 Janesville Area Long Range Transportation Plan.

Attendees will be invited to view maps of recommended projects and other displays about the Plan, and make specific or general comments. A brief presentation of the Plan will begin at 5:00pm.

If you are unable to attend a public open house but would like to comment, please forward comments to Terry Nolan at 755-3095 or email: nolant@ci.janesville.wi.us.

You are receiving this letter because you or your organization has been identified as a transportation stakeholder. If you do not wish to receive documents, please let me know.

Thank you for your interest and participation. 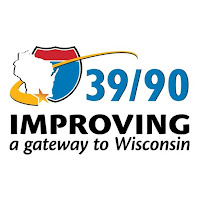 Starting this week, construction crews will reconstruct the Interstate 39/90 and WIS 59 interchange (Exit 163), as well as I-39/90 and the Rock River bridges, near Edgerton and Newville in Rock County. The interchange will be reconfigured into a diamond interchange with three roundabouts to improve safety, efficiency and reduce overall congestion in the area.

What you need to know:

Posted by Inga Cushman - Assistant to the City Administrator at 1:46 PM