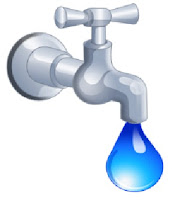 The City of Milton is in the process of switching to bi-monthly utility billing.  Here is some information that was included in the annual newsletter about the change.

What this means to you:
All automatic withdrawals will only occur every two months (on the tenth following the bill issue date, the first will be April 10th).

Payments can still be made on a monthly basis, if desired.  Contact City Hall at (608) 868-6900 ext. 1 to have your average monthly bill calculated.

If anyone has any questions, or would like to comment on the change please contact City Treasurer Connie DeKemper by e-mail at cdekemper@ci.milton.wi.us or call (608) 868-6900 ext. 3.

Posted by Inga Cushman - Assistant to the City Administrator at 9:22 AM