Below is a press release from the Milton Police Department regarding two stolen handguns. 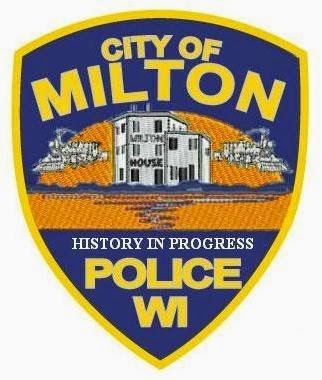 Sometime before March 31, 2014, two handguns were stolen by unknown subjects from Thunder Shooting Supplies at 24 Front St., Milton, Wisconsin. The guns were stolen during business hours and not during a burglary. The Milton Police Department is seeking the public’s assistance in locating the two guns and any information concerning the subject(s) that stole the guns and who might be in possession of the stolen weapons.

The handguns are described as:
Individuals that come forward with information that leads to the arrest of the subject(s) responsible for this crime are eligible for a cash reward through Janesville Area Crimestoppers. Individuals with tips can remain anonymous. If you have information regarding this incident please contact the Milton Police Department at 757-2244 or Janesville Area Crimestoppers at 756-3636. Anonymous tips can also be sent via text to CRIMES (274637), then enter JACS, plus your message.
Posted by Inga Cushman - Assistant to the City Administrator at 10:51 AM