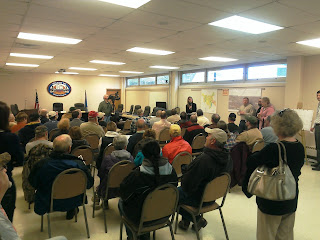 It was a full house in the Council Chambers at the Public Information Meeting on Thursday, April 4th for the State Highway 26 Bypass.

Here are a few of the key points from the meeting. In the coming weeks we will post maps on our website for the project.

Posted by Inga Cushman - Assistant to the City Administrator at 9:44 AM